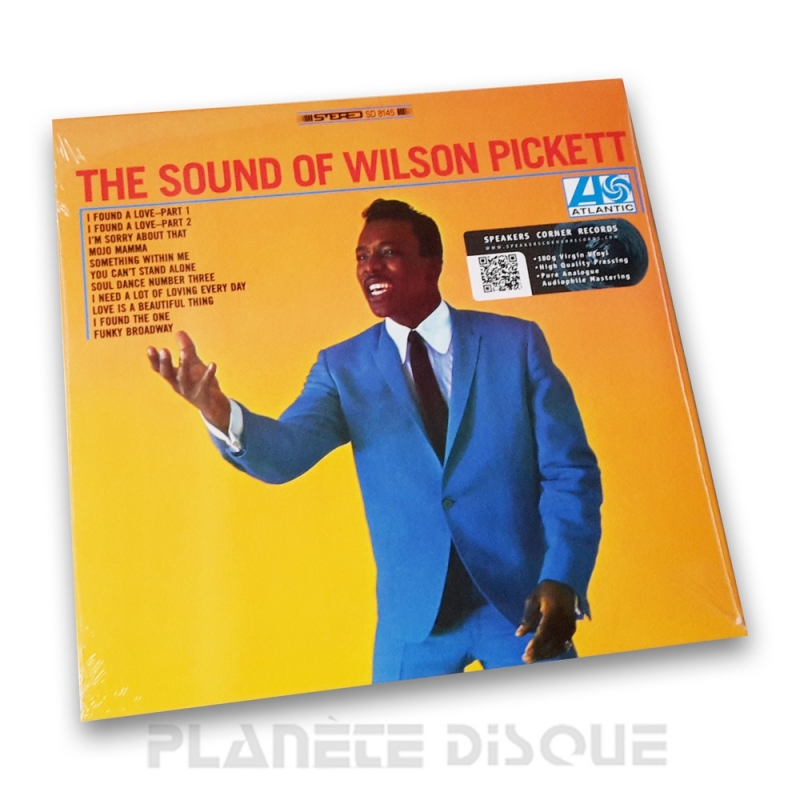 Wilson Pickett’s best years were those when he recorded for Atlantic Records, and he remained convinced of this even after changing to other labels in his later career. Atlantic boss Jerry Wexler took the promising young Gospel singer under his wing and launched him on his rapidly developing career as an unruly soul man. Pickett’s aggressiveness, which in his mature years occasionally resulted in him having backstage fights with musicians and managers, are expressed here in strong words and are given further bite by his antagonistic band. Although he lashed out to the full in his emotional, crackling vocal attacks, he never lost control and even his strongest outbursts remained highly musical. His unique, breathless sound and his ferocious efforts to express himself succinctly do not make for easy listening on this superb hit record and for white people, who according to Pickett would never understand soul music anyway, could well present a real challenge. Is this such fascinating music that you become dumbstruck? Very possibly, as critic Joachim von Mengershausen writes: »His voice is hard, aggressive and strained; it hardly binds the tones together, chops up the phrases, blurts out the essentials – Pickett has eliminated all the Uncle-Tom warmth in soul and has virtually rocked it away.«